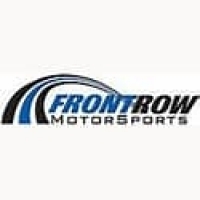 A native of Maypearl, Texas, Harris will continue the success McDowell and the No. 34 have had since McDowell joined the organization in 2018. McDowell has had career years with FRM in this span that includes 12 top-10 and four top-five finishes, highlighted by winning the Daytona 500 last season.

“Blake has proven to be championship leader who is ready to take McDowell and our No. 34 team to the next level,” said Jerry Freeze, General Manager, Front Row Motorsports. “He’s young but has a wealth of knowledge and experience with one of the best teams in the NASCAR Cup Series. He played a key role in wins and a championship. Blake is the type of person we want to help us continue to contend.”

A championship resume, Harris has spent time at Evernham Motorsports, Furniture Row Racing and most recently Joe Gibbs Racing winning over 25 NASCAR Cup Series races and the 2017 championship. He moves up from car chief to the crew chief role at FRM.  Harris duties begin immediately and will accompany the team at upcoming tests at Daytona International Speedway and Phoenix Raceway.

RIS NASCAR Editor.  Has been with RIS since the middle 90's. Writes on each of the three main series of NASCAR.