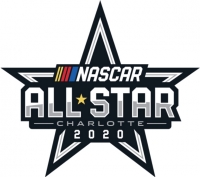 --For Immediate Release -- For the first time in the event’s illustrious 36-year history, the NASCAR All-Star Race will be contested mid-week.
The NASCAR All-Star Open and ARCA Menards Series General Tire 150 will fill out the mid-week schedule at America’s Home for Racing, with coverage of all three races on FS1.
Options for fan entry are being evaluated in consultation with state and local health officials, but no decisions have been finalized at this time

CONCORD, N.C. (June 4, 2020) – As part of NASCAR’s release of the updated 2020 schedule, officials announced that the NASCAR All-Star Race will return to Charlotte Motor Speedway on Wednesday, July 15. The announcement includes the return of the NASCAR All-Star Open and ARCA Menards Series General Tire 150, which will fill out the triple-header night at America’s Home for Racing. Discussions continue with local and state health officials about options for fans to attend the event, but no decisions have been finalized at this time.

“We are thrilled to announce the return of the NASCAR All-Star Race and are hard at work to make sure the 2020 edition lives up to the tradition of being one of the most wildly entertaining and unpredictable events of the season,” said Greg Walter, executive vice president and general manager of Charlotte Motor Speedway. “In addition, we will work hard with our state and local officials to explore what options are available, if any, to have this race enjoyed by fans in person. Entertaining fans at the track is part of who we are, but we want to do so in a way that everyone feels comfortable with given current health concerns.”

Known for some of the most iconic moments in NASCAR history, including One Hot Night, the Pass in the Grass, Dale Earnhardt Jr.’s win as a rookie and Jeff Gordon’s T-Rex car domination, this year promises, once again, to deliver an action-packed affair. The 2020 All-Star Race marks the first time in the event’s 36-year history that the $1 million, winner-take-all showdown will be contested mid-week.