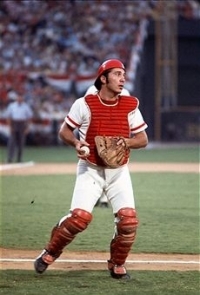 “All of us at SVRA are honored to have a sports icon like Johnny Bench join us for our SpeedTour Road Atlanta Grand Prix weekend,” said SVRA President and CEO and majority owner of the Trans Am Company, Tony Parella. “As for hall-of-fame athletes, it’s amazing to walk among so many. Virtually all our professional drivers are members of a hall-of-fame somewhere.”

Bench, who played catcher for the Cincinnati Reds from 1967 to 1983, was selected as an All-Star player 14 times. He was also named National League Most Valuable Player twice. During his time with the Reds, the team won six division titles, four National League pennants, and two World Series championships.

The VROC Charity Pro-Am cars are primarily 1963 to 1972 vintage Corvettes, Camaros, and Mustangs of SVRA “Group 6” A and B Production.  The professionals will be paired with amateur drivers. Amateurs will start the race and be required to drive a maximum of seven laps. In addition to the Pro-Am, the Speed Tour Michelin Raceway Road Atlanta weekend is a festival of other activities, including professional Trans Am by Pirelli series races on Saturday and Sunday. The weekend also presents the Hagerty Insurance “cars & caffeine” car corral, and 300+ vintage racers ranging over 100 years of automotive history racing in SVRA Groups 1 through 12.