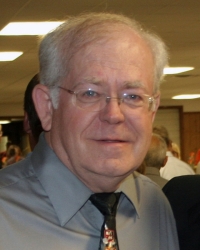 A recent photo of Dick Jordan. Dick was a member of USAC at it's founding in 1955. Photo courtesy USAC

USAC’S DICK JORDAN PASSES AWAY AT 74

“We are saddened by the passing of our friend, Dick Jordan,” USAC President Kevin Miller said.  “His career in racing was unparalleled and his devotion to USAC was second to none.  More than that, he was a devoted friend to everyone he ever met.  It is a very sad day at USAC, and he will be greatly missed.”

Jordan began his career with USAC in December of 1968 and, since that day, has devoted his entire working life to publicizing the club’s drivers and events, working with the media throughout the country and the world, as well as preserving the club’s history with his thorough race reports, statistics and record-keeping.

No individual has witnessed more USAC events than Jordan from his time as a child attending AAA and USAC racing events with his parents in the 1950s all the way until 2019.

A friend to all, the recognition from around the racing world because of Jordan's contributions have been extensive.  The lifelong native of central Indiana is an inductee into both the National Sprint Car Hall of Fame and the National Midget Auto Racing Hall of Fame, and recently received the Jim Chapman Award for excellence in motorsports public relations, just to name a few.

One of the most respected individuals in all racing media, Jordan was also honored for his contributions to the series at USAC’s Night of Champions in 2018 with the announcement of an award named after him.  Recipients of the award will have to meet the criteria of one who has dedicated his or her life to the betterment of USAC racing.