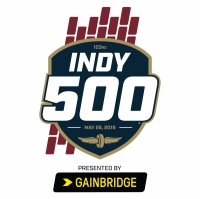 INDIANAPOLIS -RIS- (May 24, 2019)  Here is the starting lineup of the 103rd running of the Indianapolis 500-Mile Race, presented by Gainbridge - the sixth event on the 2019 NTT Data IndyCar Series schedule.

Polesitter is Team Penske's Simon Pagenaud at a four-lap average of 229.992 mph in the #22 Menards Team Penske Chevrolet.

The slowest qualifier is Pippa Mann in the #39 Driven2SaveLives Chevrolet, at 227.244.

There are six rookies in the field.