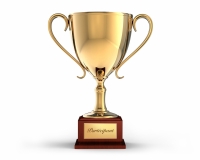 INDY STAR WRITER SUGGESTS WE LET EVERY ENTRANT IN 2018 INDY FIELD, REGARDLESS

Does This Equate to the Modern Policy of Handing Out Participation Trophies?

INDIANAPOLIS -RIS- (May 19, 2018)  Thirty-five qualifiers for thirty-three positions in the Indianapolis 500 field. Tradition.

That tradition has varied over time to suit policy and changing fortunes, but tradition, it remains.

According to the Indianapolis Motor Speedway: “After 40 cars started in the inaugural race in 1911, the Contest Board of the American Automobile Association (AAA), the sanctioning body at the time, mandated a formula for limiting the size of a starting field according to the size of the track. It was determined that the safe distance between each car spread equally around a course would be 400 feet, thereby limiting the 2.5-mile Indianapolis Motor Speedway to 33 cars. Speedway President Carl Fisher, however, placed a limit of only 30 cars for the "500" between 1912 and 1914 and did not adopt AAA's 33 maximum until 1915. Although there had been numerous occasions between 1912 and 1928 when the field was not filled, the allowed number was increased during the Depression years to 40 cars between 1930 and 1932 (only 38 made it in 1930) and further to 42 in 1933. The maximum has been at 33 ever since 1934, although extenuating circumstances expanded the field to 35 starters in 1979 and 1997.”

A young journalist for USA Today and the Indianapolis Star wrote today that limiting the 2018 Indy 500 field to 33 cars is “tradition is standing in the way of logic”.

His argument is that the financial stake necessary to run Indianapolis - approximately $1 million per car, according to team owner Chip Ganassi - is a huge financial stake that a team bumped from the field would have a hard time recovering from.

He describes the series as ascendant in popularity, and such a bumping could be catastrophic in this fragile environment, particularly if it happens to one of the series’ regular teams. He quotes several team managers who express similar concerns.

What stands in the way? Tradition.

What the writer and these team managers fail to acknowledge is that tradition - particularly Indianapolis 500 tradition - is the one genuine, intangible asset this business has. The entire facility and series bathe themselves in it. Tradition is the Indianapolis Motor Speedway’s crypto currency.

I had a conversation with IMS President Doug Boles last month about Race Day morning ceremonies. Boles told me that the traditions of race morning are ingrained in him, and while he will hear and consider alterations to such traditions, he firmly believes - both professionally and personally - that such traditions are the threads with which the tapestry of the Indianapolis 500 is woven.

Certainly, some traditions have altered over time. It’s no longer the “Month of May”, as we describe it in Indianapolis, with track activities from the first day of the month to the last. We no longer have four days of qualifying. Bump Day used to follow Pole Day by over a week. Now, they’re reversed, and a day apart.

Race teams since 1911 have failed to make the show. Some came back and were successful. Some disappeared forever. Through recessions and a Great Depression, teams good and bad have faded into obscurity after failing to qualify for Indy.

Many have not. One need only look back to 1993, when the Honda under-powdered Bobby Rahal failed to qualify for Indy a year after his National Championship, or 1995, when the venerable Team Penske duo of Emerson Fittipaldi and Al Unser, Jr., failed to make the show in their own Nigel Bennett-designed cars, and subsequently failed to qualify in Lola-built loaners from (ironically) Bobby Rahal’s program.

Ask Davy Jones and Stefan Johansson, the two slowest qualifiers in 1995, if they were happy they earned their way into the coveted 33 by failing to be bumped by Fittipaldi and Unser.

Two major teams failed to qualify. And they persevered. Today, most Indy fans would be hard-pressed to remember those incidents, which now become part of IMS Historian Donald Davidson’s repertoire.

What’s more, the quality of the drivers who make the show is always germane - the more-experienced usually having a greater chance of making the show.

But with Indy car racing becoming so expensive (too expensive?), the days of the Indy 500 chief steward sending relatively under-experienced drivers back to the minors to gain more experience are over. Everybody gets in regardless of experience.

“We can’t just be putting these guys out there who haven’t been racing, and plug them into the 500,” prominent owner Chip Ganassi has been quoted as saying.

If the cost of IndyCar racing at Indianapolis is what is the make or break for these teams, that’s a topic for another time.

In short, you know the rules when you come here. If you expect to change the rules to suit your business concerns, you miss the point of even staging the race. If IndyCar were to plan such a move, then man-up and institute a “promoter’s option”.

And let the chips fall where they may. I guarantee, most Indy 500 fans would NOT be happy with the decision to add someone who failed to make the traditional 33 simply because their sponsors would be unhappy.

In truth, a sponsor of a 34th- or 35th-place car would likely garner far more TV and print exposure by FAILING to make the show than they would to soldier on, unnoticed, on Race Day to a forgotten 28th or 30th position.

This Indy Star writer, young as he is, is a bit too protective of teams that might not have what it takes to make this venerable show. Perhaps if he’d lived through some of the great qualifying drama of year’s past, he’d know differently.

I’ll never forget standing in the pits next to four-time Indy winner Rick Mears during bump qualifying for the 1995 500. Mears had a big smile on his face as he watched the drama of the yet-to-qualify cars pull in and out of the qualifying line in hopes of making the show.

“I’m so glad I never had to deal with that,” Mears told me at the time.

The series isn’t as ascendent as some of its hawks would claim. Small gains are offset by television losses. Last year’s Indy 500 was the lowest rated ever, coming off the 100th running bump in 2016. The season-opener in St. Pete had a rating of 0.8, essentially flat, but down 20% and 18% from the last two years - the lowest rated ABC opener since 2015, according to Nielsen ratings. Long Beach ratings were up to 0.24, but it should be remembered that they’re only marginally up from the all-time low ratings of 0.21 in 2017. IMSA’s Long Beach sports car broadcast has outdrawn the IndyCars the last two years. This year’s Grand Prix of Indianapolis had the smallest IndyCar rating since the 2012 Mid-Ohio broadcast. The GP of Indy earned a 0.6 on ABC - down 19%.

All the Pollyanna about how well the series is doing equates to whistling through the graveyard. We heard similar tunes in 2004, when Championship Auto Racing Teams failed, and was rebranded with new ownership as Champ Car. It folded the tents for good in 2007, and was feathered into the Indy Racing League.

The series has always been about Indianapolis, from the day the first brick was laid on the 2.5-mile oval. Race tracks from Sheepshead Bay to Trenton to Nazareth to Pikes Peak International Raceway have come and gone. In May of 1996, participants at an event at the Michigan Speedway referred to the Indianapolis 500 as “just another race”, but 22 years later, Indianapolis remains the foundation of as series that desperately struggles to make financial sense. Even IndyCar admits the importance of this race, offering the first nine starters in the field extra points for qualifying, and double series points for finishing positions.

Screwing with Indy tradition would be suicide. To suggest that tradition should change just to appease disaffected teams and sponsors insults the hard work put in by drivers, teams, and sponsors of the last century who struggled to be part of the running the Indianapolis 500.

Any alteration equates to giving every Indy 500 participant a participation trophy.