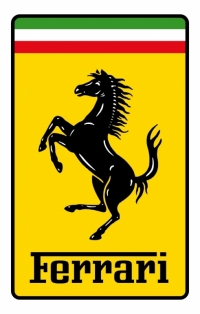 Montezemolo: “Alonso the best driver in the world”

Maranello, 22 May – This morning, during an interview with respected Australian motoring journalist Peter Robinson, who was in Maranello to test drive the LaFerrari, President Luca di Montezemolo also dealt with questions relating to the current situation within the Scuderia. Specifically, he spoke about rumours concerning Alonso. “Fernando is the best driver in the world, who always gives 200% in the races,” he said. “He knows how much I count on him, even away from the race track, in terms of his contribution and the impetus he gives to the team. I think it’s incredible that there are still some so-called experts who don't understand that and are always looking for a polemical situation that simply doesn't exist”.

“The truth is that he and Kimi, another incredible driver, need a competitive Ferrari and giving them that is our sole objective,” continued Montezemolo. “We are working very hard, starting with Marco Mattiacci, who knows what needs to be done and who will instigate many changes at a technical and organizational level and in speeding up the decisionmaking process. That’s what I want, as do our drivers and our fans, while all the rest is just idle chat”.

Robinson, in Maranello for his final professional assignment, was presented by the President with a front wing flap from Fernando Alonso’s 2012 car.