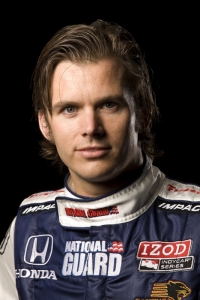 A JOINT PRESS RELEASE FROM PANTHER RACING AND DAN WHELDON HAS JUST BEEN RECEIVED. IT READS:

"The lawsuit filed in Marion County Superior Court on August 18, 2010 between Panther Racing LLC and DW Motorsports, Inc. has been settled. Panther Racing and DW Motorsports are looking forward to competing in the final IZOD IndyCar Series race of the season tomorrow evening at Homestead-Miami Speedway, and are both excited about the opportunity to have their first IndyCar Series win together. The parties have enjoyed their two seasons together in the IZOD IndyCar Series and neither party has ruled out the possibility of continuing that relationship into the 2011 season and beyond."

In documents filed in court on August 18th, Wheldon, doing business as DW Motorsports, contends that the defendants have failed to meet several key obligations.

Wheldon contends that when he signed his contract with Panther on August 27, 2008, Panther agreed to purchase two new Dallara IndyCar chassis for his use with the team through the 2009 season. Panther also contractually agreed to pay Wheldon a base fee, plus a percentage of winnings, plus incentives (if achieved).

Panther failed to meet this deadline, after which Wheldon, Panther and Barnes agreed to amend the original agreement that said prize moneys would be paid at the end of the 2009 IndyCar Series championship.

A second amendment was agreed to in which Panther could defer payment in order to have sufficient cash flow to purchase  two new Dallara chassis to be used in the 2010 season.

Wheldon alledges that Panther purchased one chassis, but refused to purchase another.

Throughout the 2010 season, Wheldon's contract granted him a monthly "base fee" and "travel allowance".

Wheldon contends breach of contract for Panther's and Barnes' failure to pay both base fees and travel allowances from April, June and August of 2010 and Wheldon's contractual share of the 2010 Indianapolis 500 winnings.

Wheldon seeks the relief of constructive trust in which the funds owed him would be held.

A representative of Panther Racing could not be reached for comment.

Wheldon is competing for Panther Racing this weekend in the Cafes do Brasil Indy 300 IZOD IndyCar Series event at Homestead-Miami Speedway.